Albania: We have no gold to give them except the gold of the Gospel 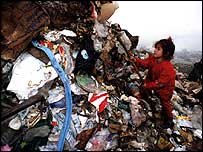 I was speaking on the phone this evening to Father Martin Thompson, a priest of our diocese working in Albania. I do admire him and I do admire the Albanian Church. Last time we spoke he told me about some of the older priests who had spent fifteen, twenty years in prison for the faith, remaining firm despite dreadful tortures and even worst threats. Many were killed. The Albanian Church is drenched in the blood of the martyrs.

He is going to start a new apostolate working amongst people who have moved down from the hills to the city Shkodrë of, it sounds like a shanty town, with horrendous poverty; it is just up the road from where the Archbishop has chosen to live. Father Martin was saying he wanted to do something for the elderly and the sick; there are just no facilities for them, and no money to support them. He told me of a man born without legs who used to live the dogs, which he said isn’t unusual. The Archbishop says, “We have no gold to give them except the gold of the Gospel, which is worth more than anything else we could give”. “When I say Mass,” Fr Martin says, “there is an audible gasp at the consecration. When they hear the Gospel they listen to it as if it is announced for the first time.”

There are lots of material needs but the spiritual needs are the greater, training the future clergy, building churches, building a shrine for the Albanian Martyrs who will be beatified next year. Enver Hoaxha set out to destroy the Church in Albania, and by doing so he destroyed something in the soul of the Albanian people, taking away their culture dignity and self respect. The reconstruction of the Church is about the reconstruction of their spirit. The beatification of Mother Theresa is a great source of pride and prestige for many Albanians, her prayers definitely effective, but there is so much more to be done.


When Father Martin was here in the summer the Bishop gave him £500, we gave a similar amount, he used it buy Breviaries for the seminarians, in the past they spent the money on fuel to stop them freezing in winter. I promised to send some money for Mass stipends for the clergy’s support. 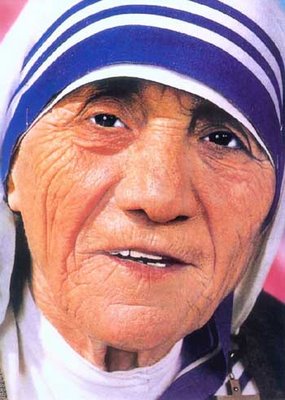 Venerable Martyrs of Albania
pray for the Church of your native land
at October 26, 2006