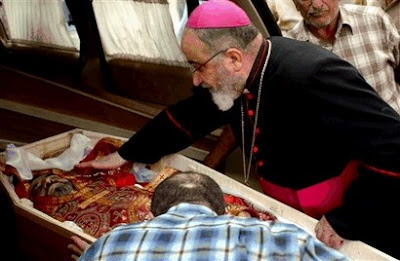 Rorate Caeli reports
On Friday, the Slovenian presidency of the European Union rejected a proposal by Germany to give preferential treatment to requests for asylums by Iraqi Christians.

"I think that the right of asylum should be granted regardless of religion or race," said Dragutin Mate, Slovenian Minister of the Interior upon his arrival in Luxembourg where he was to chair a meeting of his counterparts from the European Union. "It seems to me to be difficult to work in this direction" (of preferential treatment), he added. The German Minister of the Interior, Wolfgang Schäuble, had announced his intention to seek the endorsement of the Member States for facilitating the acceptance of asylum applications submitted by Christians in Iraq, whom he considers to be threatened by sectarian violence within their country. 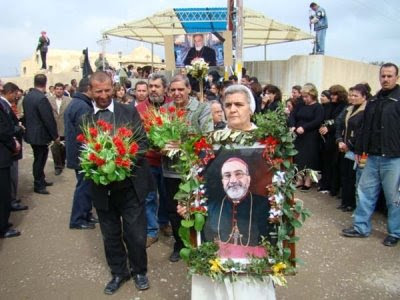 The Chaldean Archbishop of Mosul, Mgr Rahou Faraj, was abducted and killed on March 29. The Chaldeans, Eastern Rite Catholics, are the main Christian community in Iraq and one of the oldest Christian churches. Before the American invasion of 2003, the Christian community in the country had approximately 800,000 members, or about 3% of the majority Muslim population. A large part of them have fled the country or have settled in Iraqi Kurdistan. More than 4,000 applications for asylum have been introduced in Germany by Iraqi refugees in 2007, according to the Interior Ministry, which did not specify their religion.

Frightening developments...just back from a week in Egypt...not as bad in the resorts but I would be nervous getting into a taxi..