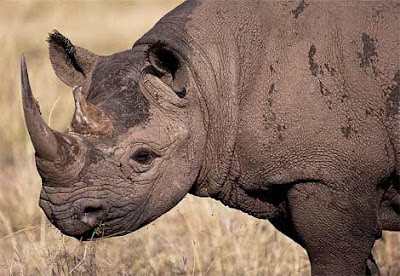 I have never been able to understand why the Green Party aren't Pro-ife, Life Sites carries this piece about new Swiss laws:

The nation that liberalized its abortion laws in 2002 is now giving unprecedented protection to animal and plant life.
In an effort to respect the needs of "social species," the Swiss parliament passed legislation last week that threatens its citizens with punishment for not providing various animals a fit environment in which they can interact and flourish.
Enjoying the most extensive protection under the new laws, dogs proved to be the Swiss parliament's best friend. Prospective dog owners will now be required to complete a course in canine treatment that will include both theoretical and practical elements.
Due to concern over recent studies suggesting the pain experienced by fish, anglers are now subjected to a preparatory course on humane fishing.
The new laws will also dictate how farmers treat their livestock and even stipulates the proper treatment of rhinoceroses.
"The aim is not only to ensure treatment of animals appropriate to each species, but also to decrease the risk of attacks by dangerous dogs. Inappropriate treatment could lead to behavioural disorders," explained Hans Wyss, head of the Swiss Federal Veterinary Office.
In addition to tending to the animal kingdom, the Swiss government has also been busy wrestling with how best to treat the nation's plants.
The Swiss federal government's ethics committee on non-human biotechnology has been working to determine what kind of research respects "plant dignity" enough to be eligible for government funding.
"Plant dignity" considerations stem from the 2004 Gene Technology Law's requirement to take "the dignity of creatures" into account during any research.
Researchers are eagerly awaiting clarity on the notion of "plant dignity", which will decide whether or not they receive important funding to continue their work.
"At the moment not even authorities who decide on grants know what the 'dignity of plants' really means," committee member Markus Schefer said.
The committee has outlined guidelines to protect plant dignity, but the licitness of many particular practices is yet to be determined.
Most committee members consider interference with a plant's reproductive functions undignified, making some plant geneticists concerned that the committee could greatly hinder traditionally accepted genetic engineering, such as commercial seedless fruits or the hybridization of roses.
The added protections afforded to plant and animal life stand in sharp contrast to the Swiss government's recent disregard for the life of the nation's unborn. In June 2002, the country decided to allow women to abort their children during the first trimester, provided a doctor determines that she is in an ambiguously defined "state of distress."

It's an article of faith in the Green movement that, when God made the earth, she made it only for animals, not people.

"Save the animals, Kill the humans"

The Green Party are not pro-life because they are part of a fundamentally reactionary, misanthropic movement which sees human life only in terms of damage to the environment.
Pro-Life is - and should see itself as - progressive; optimistic about human potential and human achievement. It should critique the errors and excesses of modernity but not be in flight from it.
Look at the Green Party and see how some serious organisation together with a culture of frank internal debate and democratic structures has transformed it from a fringe party to a political force to be reckoned with.
Then compare it to Pro-Life, which starts off with a bedrock of public support but always snatches defeat from the jaws of victory and ask the critical questions; why is this so, why does it always have to be this way?
Clue - all those things the Greens have, the democratic structures, capable organisers and culture of frank internal debate - are conspicuously absent in Pro-Life.

'Dignity for plants' but no longer for future human beings - where has the human race gone wrong?

Peter H Wright - I think Hitler probably did ban foxhunting, but he didn't stop Goering from indulging: in fact the Reichsmarschall was also Reichsjaegermeister (Reich Master of the Hunt).

And Hitler didn't have any qualms about going to visit Goering at his hunting lodge near where my mother grew up in East Prussia. In fact he was on his way there the day her father set out to assassinate him.

You might be surprised to find that frequently, Green Party candidates and supporters are indeed pro-life, or at least as close to it as one can be in our times without knowing more than what most people know.

In 2000, I led the work of lobbying and canvassing the candidates for the federal election in Canada. I had to try to reach every candidate in almost every riding in Canada outside Ontario and Quebec, for every party, to ask them a few key questions about the various life issues. (Yes, it was a very big job.)

The main parties were invariably of one of two positions: the Liberals were rabidly pro-abortion and pro-embryo research, and often pro-euthanasia. The Conservatives (Tories) were invariably unavailable for comment (so far, so predictable). and the NDP (Communists/Socialists) were, as a matter of party policy, also in favour of killing as many people as possible.

The surprise came from the Greens, who were often just regular blokes trying honestly to get some changes made to government, based on broadly idealistic notions of what's right, usually gleaned from the newspapers and magazines they read. They were not, in other words, terribly well informed about the political theories behind their positions and often represented the opinions of regular people. So quite often, they would say that abortion should be at least curbed and that euthanasia was a abhorrent, (or some variation on the combo). They usually also went with the normal journalistic flow on embryo research, but were against cloning instinctively. Very often, we would classify them in our database as "pro-life with exceptions" or "teachable". Overall a much better rating than the professional, ideologically cemented politicians who had a hope of actually being elected.

'Greenness' is the new morality, and I've found that many people of good will and generally moral disposition will take up the green positions because they actually want to be on the side of the angels, and have only the newspapers' word for which side that is.

Oddly, the idealogues almost never actually ran for office in the Green party of Canada, and there cseemed to be little in the way of party policy development. THe candidates were free, more or less, to formulate their own ideas on things and, because they were the caboose of Canadian party politics, were invariably delighted to talk to a lobbyist, reporter or canvasser. Very likely only because they hadn't a hope of ever being elected and no one ever took them seriously. But it was interesting.

No no, Peter, that was Tony Blair,

although it's an understandable mistake.

all those things the Greens have, the democratic structures, capable organisers and culture of frank internal debate - are conspicuously absent in Pro-Life.

I had the bright idea when I came here of giving workshops to the pro-lifers in pro-life apologetics. A kind of primer of pro-life philosophy that helps people make a rational case and exclude the emotivism that is hampering their efforts.

Then I discovered that most of the pro-life people in this country are morbidly addicted to failure. I've never seen such a bunch of hang-dog defeatists in my life. After some initial experiences, I decided that should these ignorami ever engage in any discussions about the subject, it would be best that they become as tongue tied as possible as early as possible in the conversation, to minimize any possible damage they could do the cause.

There does seem to be a curious tendency for environmentalists and vegetarians to be anti-human. In reality, to be pro-human one must respect the rest of creation but somehow an illogical divide has opened up. From a human perspective, it is immoral to harm the environment and be cruel to animals, since the environment is our life-support system. But the environmentalist movement has somehow lost the plot.

I am going to become a vegan. But starting tomorrow.

It's not that curious, Henry. Environmentalists start from a reactionary place, that is, being deeply disturbed by industrialisation and modernity. One of the more curious aspects of the Green's political evolution is that they have managed to wrap up this backward-looking ideology in the language of political radicalism. They then also manage a quite different, possibly even more impressive feat: presenting extreme political positions as eminently reasonable ones.

Ecofreaks, they're everywhere. They're not even so much "the Green Party" as the watermelon party.

Green on the outside, red on the inside.