"That Mass was magnificent, Father" 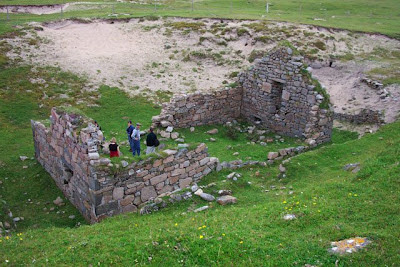 That is what a couple said yesterday, after our 10.30 am Mass. Well truthfully it wasn't, it was just our normal Sunday Mass: incense, Missa di Angelis, me singing the preface and prayers, and we had a baptism.
"The priest doesn't get the time at home, Father, he's always dashing off to the next Mass". Mass here rarely takes over an hour. I remember being left completely cold by liturgy in Ireland in the 1980s when Mass in most towns was on the hour and half hour. It was about accommodating the vast numbers of people who attended, 90% used to be the average attendance, I believe. Numbers, their absence amonst priests, are still the reason for the perfunctory nature of Irish liturgy:

Not anymore I'm afraid (as the numbers are now missing my generation and their families post Holy Communion). Nor do I believe it was ever a reason. In Ireland people are graced by devotions to Mary and the Saints. I suppose this was driven by need in penal times which restricted the Mass and caused the practice of the Faith to rely on devotions. The liturgy was never cultivated as it was elsewhere. However, when the liturgy of the Mass is presented beautifully people so appreciate it. I think that if you could have the English devotion to the Liturgy and the Irish devotion to Mary and the Saints joined together the practice of the Faith could really pack a punch.

The Irish numbers may be worrying, but ours aren't any to write home about. We may have increased numbers entering the seminaries, but how many of those last the course? And of those who are ordained, how many remain in active ministry for more than a few years? All the signs are that the number of priests in active ministry will continue its remorseless decline. Can anyone name a single Diocese in England and Wales where there has been a net increase in active priests and where that trend has been sustained?

Poltical, sociological and demographic trends are not the real explanation.

We are living with the result of a failed experiment in aggiornamento.

Of course, it will take a long time to recover, but with constant prayer it will happen.

You will be surprised by how much dishonesty there is in vocations circles in the UK.

The biggest lie is the "shortage of priests" argument. The ratio of priests to communicants has scarcely changed in 50 years. The shortage is Catholics attending Mass and the fact that they and their priests are ageing.

A wonderful "half-truth" is being perpetuated by Fr. Paul Embery of the National Vocations office. He had the temerity to suggest that there had been an "unusually high" number of vocations in the 1960's (before the council had finished wrecking the church). There was indeed a slight blip, but again, as a ratio of overall communicants the increase was unremarkable. This increase was almost entirely due to direct result of Irish immigration and Ireland sending over priests to service the immigrants. Plus the council and John XXIII increased interest in the Church everywhere thus raising the profile of the priesthood. These men are all coming up for retirement.

I see little future for the Church in the short term. I have spoken to retired catholic lay people (in their late 60s early 70s) and I am struck by how universally uninformed and stupid their opinions are. There was a time when older people might have been relied upon to provide common sense and wisdom. Those days are now gone. The Post-Vatican II generation of lay people have contributed to the overall disaster as much as the priests.

The "yoof" are our only answer. May they ignore everything they are told by the modern Church!

I should think the Irish Liturgy left you cold if it was celebrated in the ruin you give as a picture with this post ! Where is it ??

Isn't the Irish problem partly due to the skeletons that have been falling out of cupboards?

But perfunctory liturgy is certainly not going to inspire devotions.