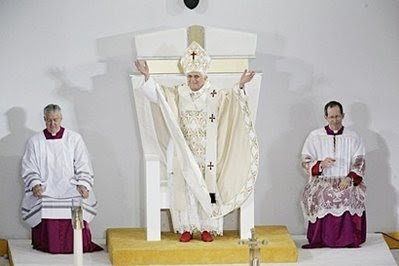 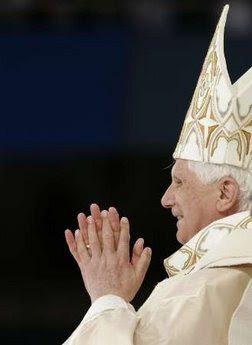 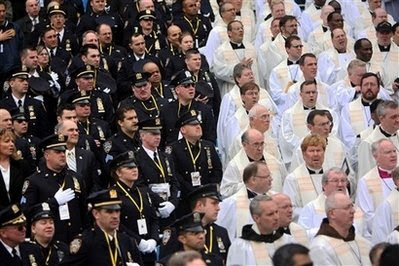 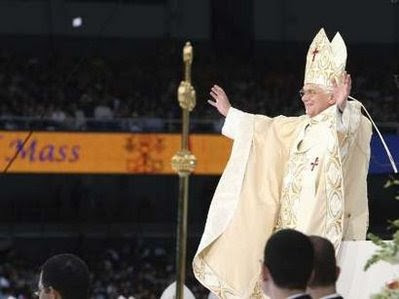 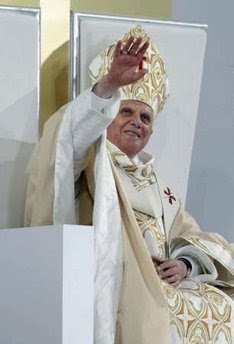 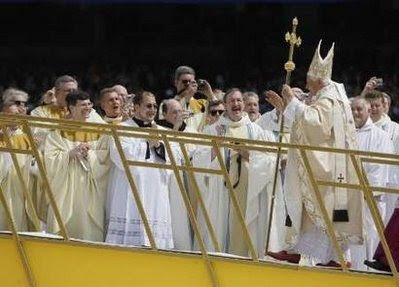 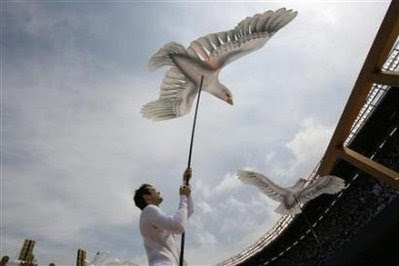 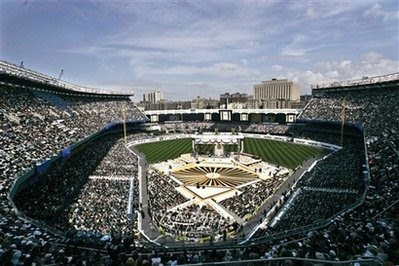 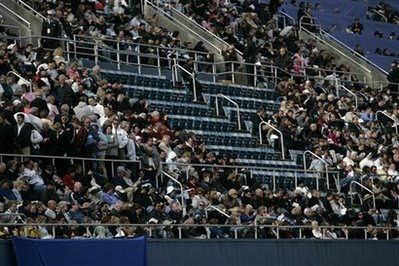 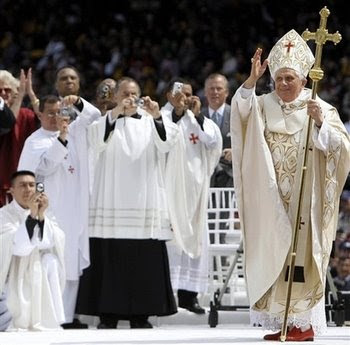 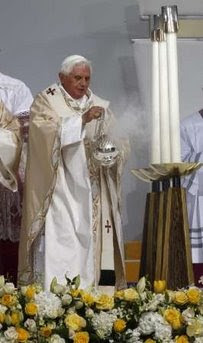 I was out this evening what was the Lit 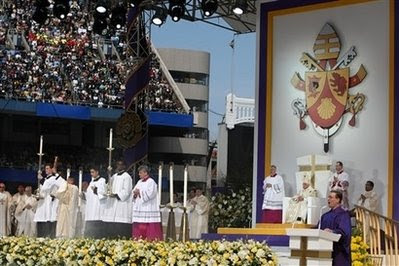 I thought overall it was very nice. Good singing, hymns etc. The one downer for me was that idiot Egan going on and on right at the beginning of the Mass just after they processed in. A good friend of mine who was at the Mass in the Mid-60s when Paul VI visited (he was a seminarian at the time, and had a seat in the "infield" (not more than 50 feet from the pope) said that back then Cardinal Spellman said NADA, ZIP, NOTHING, BUPKIS "as it should be.

Right after Mass the Ode to Joy was rendered which I thought the pope really appreciated. He also used EP I. I didn't get to see any of the other Masses and was horrified by what I heard about the DC Mass, but given the venue, I thought they did a nice job of it overall.

It did seem a bit windy, but the MCs were on it. Post Communion Panis Angelicus was beautifully rendered. The fellow singing it was holding his music and as he flipped a page, the wind played havoc with it, but the guy never lost it as he did have the words memorized, so that was all to the good!

Very, very nice for being in a stadium. The Gloria was excellent and I'm always happy to hear Palestrina. After DC almost anything would be an improvement. St. Patricks and Yankee Stadium will help us to forget DC.

What I didn't understand was why at each event Cardinal Egan kept welcoming the Pope to New York,did he think the Pope might forget where he was? or was he just overcome with joy at hosting the Holy Father!

Stonking homily. Balancing personal freedom with obediece to authority. A good phrase which stuck: rejecting the false dichotomy between faith and politics.. and making sure faith makes a difference in the world.. very apt.. especially for us in the UK, where we`re constantly hearing that church and state should separate. I was inspired by it.

During the Mass, still a lot of everyone having to "do their bit" so that we all feel included. ZZzzz.

St Patrick's Cathedral was the best. Did you see when the Sisters of Charity tried to storm the bodyguards and touch their Holy Father on his way out. What a moment. Go, sisters, go !

"idiot Egan" lest you forget is a Prince of the Church and should be given his due reverence even if you wish to dissent on how he approached things this last weekend!

I have known three parish priest, exactly the same build and "ethnic" origin as the Cardinal, all three could not stop talking, he reminded me of those holy men.

USseminarian...I admire your dedication, but I don't "owe" anybody anything in the sense of automatic fealty. Faith and teaching, perhaps... but some fellow pontificating just because he has "rank?" I think not.

As someone else said did Egan REALLY think the pope would forget where the hell he's been the last few days? What was with Egan drawing out all the names of the diocese like that? He could have said that whole whack in two minutes. It's obvious he likes to hear himself talk. Guys like that irritate me. Who died and made him Maharincess of Franistan?