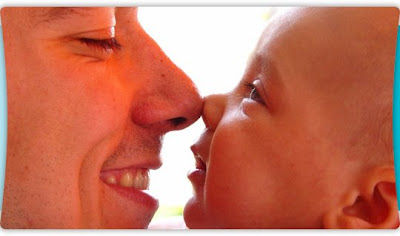 Pauline Gayle came to speak to the deanery clergy on the Human Fertilisation and Embryology Bill she recommended the Passion for Life website, it is non-Catholic and seems to supply easily accessible material.

Cardinal O'Brien in Scotland seems to have sort to engage popular public opinion, in England our hierarchy, I am sure, are working behind the scenes and are leaving ordinary Catholics to persuade people of the absoluted evil of this bill.

Does anyone know where to get badges that say things like "Say No to the Embryology Bill"? It is important we talk to people about this Bill. It is important we persuade people to write to their MPs.
Fundamentally we need to persuade people life begins at conception, in the UK the law seems to say life begins at birth, because the law allow abortion for the disabled up until birth. There is a tremendous amount of confusion especially amongst MPs and scientists, most seem to be opting for the first trimester, rather than the second, 24 weeks, but these are just arbitary, the logical understanding is life begins at conception.

Yes, we all so hope that the hierarchy are 'working behind the scenes' but sadly I do doubt whether our MPs will take any notice.

Watching the report on TV yesterday of a little girl who had been operated on successfully before birth, I wondered how the law regarded that, given that it 'seems to say life begins at birth?' What did they operate on if she did not yet exist? Of course she existed and had done since her conception. To us it seems so logical but how do we persuade others?

Since scans before birth became commonplace mothers have been able to 'see' their babies before they are born and of course we have always felt their movements long before this wonderful moment. I cannot forget the time when I could feel my son's heel and foot pushing against me almost demanding to be released! To stroke his tiny foot in this way was a profound experience.

I had to spend two months in hospital before the birth of my second son and I certainly had no idea then that legally he did not exist. Surely it can only be male lawyers who have argued this. Certainly no woman who has ever been pregnant would believe that her child 'did not exist' before its birth.

As Mr Spock of Star Trek would have said - 'It's not logical.'
But how to persuade others? - I just don't know.

Exactly Fr Ray. Life begins at conception - clear and unambiguous! I can't remember who coined the pro-life saying describing those first few moments at conception, which runs something along the lines that, 'the man that will be man is already man'. The point is that this is exactly right. Everything else is just a BIG lie!

All the HFEA jibber-jabber about 10 weeks, 20 weeks 18 weeks is it a human being is it a foetus, an embryo a 'gobbit of meat' as was once coined, is it this is it that. What is the point of all this - unless you operate within the abortion industry. THESE are the people that continue to lobby for killing human beings in the womb - these are the murderous baby killers who continue to 'whisper' and misinform, while babies die by the million worldwide!

You CANNOT think of or treat the human embryo as anything other than a human being in it's most fledgling and vulnerable state.

This embryo CANNOT grow into a carrot, lettuce or armadillo! It can ONLY continue to grow as God intended in His masterplan - into a beautiful girl or boy baby and thence through childhood into an adult.

Why can't people see this - whether they are professional politicians, doctors or ordinary mortals like me????

The only way to make sense of this abominable 'pseudo science' is to see the bigger picture with a supernatural eye while remembering that phrase - the devil never sleeps!

Now it makes sense - and Prayer has to be our strongest weapon against the devil's onslaught against the dignity and inviolable right to human life and our Mother Holy and Catholic Church. We must never forget that we are in this world but not of this world and the supernatural battle for souls rages on around us.

This wouldn't have ever been a problem in the first place if the hierarchy had been doing their job and converting poeple to the Catholic Faith instead of playing stupid ecumenical buddy games and cosying up to the secular authorites all the time.