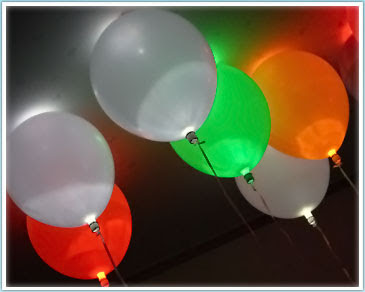 SAO PAULO, Brazil (AP) — A Roman Catholic priest who floated off under hundreds of helium party balloons was missing Monday off the southern coast of Brazil.
Rescuers in helicopters and small fishing boats were searching off the coast of Santa Catarina state, where pieces of balloons were found.
Rev. Adelir Antonio de Carli lifted off from the port city of Paranagua on Sunday afternoon, wearing a helmet, thermal suit and a parachute.
He was reported missing about eight hours later after losing contact with port authority officials, according to the treasurer of his Sao Cristovao parish, Denise Gallas.
Gallas said by telephone that the priest wanted to break a 19-hour record for the most hours flying with balloons to raise money for a spiritual rest-stop for truckers in Paranagua, Brazil's second-largest port for agricultural products.
Some American adventurers have used helium balloons to emulate Larry Walters — who in 1982 rose three miles above Los Angeles in a lawn chair lifted by balloons.
A video of Carli posted on the G1 Web site of Globo TV showed the smiling 41-year-old priest slipping into a flight suit, being strapped to a seat attached to a huge column green, red, white and yellow balloons, and soaring into the air to the cheers of a crowd.
According to Gallas, the priest soared to an altitude of 20,000 feet (6,000 meters) then descended to about 8,200 feet (2,500 meters) for his planned flight to the city of Dourados, 465 miles (750 kilometers) northwest of his parish.
But winds pushed him in another direction, and Carli was some 30 miles (50 kilometers) off the coast when he last contacted Paranagua's port authority, Gallas said.
Carli had a GPS device, a satellite phone, a buoyant chair and is an experienced skydiver, Gallas said.
"We are absolutely confident he will be found alive and well, floating somewhere in the ocean," she said.
"He knew what he was doing and was fully prepared for any kind of mishap."
at April 22, 2008

Just when you thought you'd seen everything.....

I wonder if that would work in England or Wales ?

another example of the dangers of "modern liturgy" hope the man is found safe though!

I can think of a Cardinal in Los Angeles that should try that.

This priest has certainly hit the world's headlines. Journalists are in their element. 'The high priest': 'ascends up to heaven': and 'is it a bird? is it a plane? no - it's a priest!' just some of the comments.

Good to read that he is well equipped with food ( though only for five days) special suit and chair and parachute. And he has done this kind of thing before - successfully.

We can only hope and pray that he has landed safely somewhere and that his rescuers will find him soon.

On the plus side, it'll up the quota of communion services offered by wimmin in tracksuits in his parish for at least week. Every cloud...

and just think, his homily on The Asension this year will really pack a punch.

I do wish I lived in Brazil.

Now, now, even if he's the most despised person in LA, I would not suggest balloon travel. Rather space shuttle to Pluto. (turns off sarcasm)

If he weren't already a priest and (presumably) celibate, we might have to give him a Darwin Award.