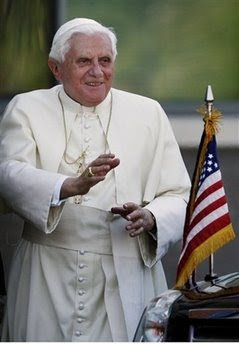 Only a handful of victims from the Boston area were invited to the private discussion, which lasted about an hour, church officials said.

For some of the victims, it was a pastoral session with the Holy Father. For others, it was an opportunity to demand more accountability and action from the head of the Catholic Church, which has been criticized for its slow response to the clergy sexual-abuse scandal.

Five victims from the Boston area were secretly invited by the Vatican through the Archdiocese of Boston. The plans were kept secret for weeks, even as some victims protested that the pope was not making time for them.

Vatican officials have said in the past that publicizing any meeting with victims would create a public spectacle and only re-open victims' wounds.

But some of those who were abused said it would hurt more to find out about a private meeting after the fact. One victim said it had been secrets and closed doors that allowed the clergy sexual abuse to happen in the first place.
Posted by Fr Ray Blake