Off to the US of A 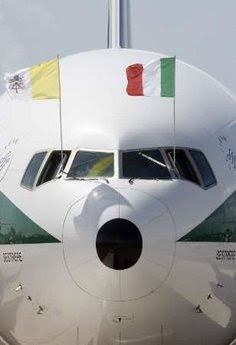 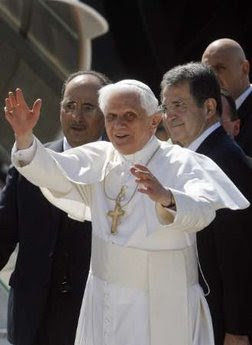 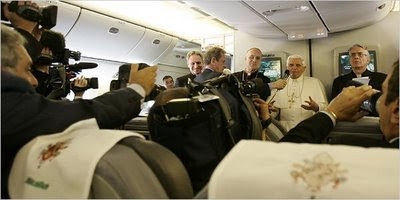 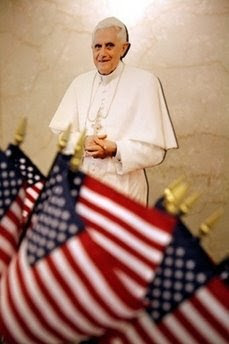 12.00 Departure by plane from the Airport of Rome/Fiumicino for Washington/Andrews Air Force Base 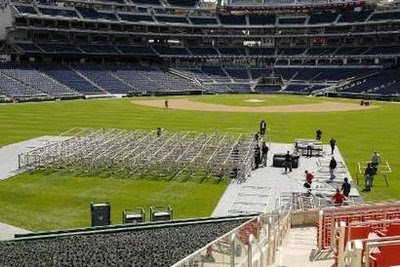 H.H.'s arrival in the US is been shown live in the UK on EWTN starting at 8.30pm GMT.

So, in other words, by and large, other than the papal Masses, he sees the same people in NY and Washington that would normally come to see him at the Vatican....

I wish on these papal visits they'd have the guts to throw a dart at map of the country in question and pick that spot as one of the destinations. I'm not saying DON'T go to NYC & Washington...but once again....same old, same old. At least he's NOT going to speak at the UN, which would be a total waste of time.

Oh, wait. :-D Once again a stupid visit to the UN is on the agenda- a COMPLETE waste of time.
The UN isn't worth a bucket of spit. Does the Vatican not learn from the oil for food scandal? Even Jesus wasn't recorded to have visited a whorehouse.

He'd make more of an impact by going up to Harlem to play stickball with some kids on the corner.

Who advises HH I wonder? I wish someone would learn to think outside the freakin' box.