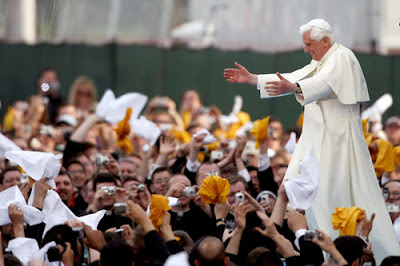 (CNA).- St. Joseph Seminary in Yonkers, New York, has received dozens of applications following Pope Benedict’s visit, the New York Daily News reports.
"It's been like a tsunami, a good tsunami of interest," said Father Luke Sweeney, the Archdiocese of New York's vocations director. “I've been meeting people all week and have a lot of e-mails I haven't had the chance yet to respond to. It has been incredible.”
For the first time in 108 years, the seminary had been preparing for a year with no students. Only 23 seminarians are expected to be ordained for New York City over the next four years. A study carried out by Catholic World Report claims the archdiocese’s ratio of priests to congregation members is among the worst in the country.
Currently there are only 648 diocesan priests for the Archdiocese of New York, which has 2.5 million Catholics.
“We are facing a severe shortage,” Father Sweeney said. The vocations director recently launched a recruitment campaign that uses the slogans “The World Needs Heroes” and “You Have To Be a Real Man If You Want to Become a Priest.”
“We were hoping the Pope would convince many who were considering the priesthood to make the next step. It looks like he did,” he said.
The Pope spoke to a rally of 25,000 young people on the seminary’s grounds last Saturday, April 19.
Father Sweeney described how the Pope’s words affected one new applicant.
“One said he came, saw the crowd, heard what the Pope said and then called us," the priest said. "He said his questions and concerns were answered when he heard him speak.”
at April 27, 2008

great news! A friend of mine told me there were only 5 to be ordained this year. In the mid-60s there were many times the numbers were 55-57 men ordained in a single year.