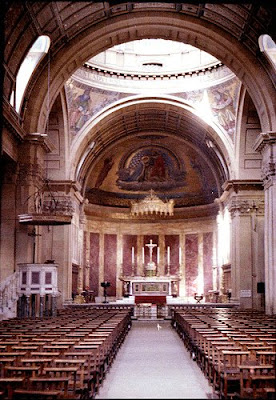 Statement by Peter Jennings, Press Secretary to the Fathers of the Birmingham Oratory and for the Cause of the Beatification and Canonisation of the Venerable John Henry Newman (1801-1890), Wednesday 1 October 2008:

"I am able to announce today that in preparation for the Beatification of Cardinal Newman his remains will lie in state in the Upper Cloister Hall at the Birmingham Oratory, Edgbaston, on Friday 31 October and Saturday 1 November 2008.

"A special reinterment Mass will be celebrated at the Birmingham Oratory at 11am on Sunday, 2 November 2008, the transferred Feast of All Saints.

"The celebrant at this High Mass will be the Most Reverend Vincent Nichols, Archbishop of Birmingham. The Very Reverend Paul Chavasse, Provost of the Birmingham Oratory and Postulator of the Newman Cause will preach.

"At the beginning of Mass the coffin containing the remains of Cardinal Newman will be placed on a catafalque outside the sanctuary.

"At the end of Mass the coffin containing the remains of Cardinal Newman will be taken in procession and placed in a sarcophagus, made of green Italian marble, situated between the columns opposite the Holy Souls Altar in the Oratory Church.

"With the Permission of the Roman Postulator of the Newman Cause, Dr Andrea Ambrosi, I am able to announce that the Board of Theologians attached to the Congregation for the Causes of Saints in Rome met early yesterday evening, Tuesday 30 September 2008 to consider the miraculous nature of the inexplicable cure of Deacon Jack Sullivan.

"The Theologians, who received the relevant documentation eight weeks ago, have asked for more time to study the high profile Cause for the Beatification of Cardinal Newman.

"Further details and times of the Lying-in-State will be announced on Friday 10 October.

"Further details about the reinterment Mass will be announced on Friday 17 October.

"Forms to apply to attend the reinterment Mass will be available to collect in person from the Oratory Church from Sunday 5 October. Alternatively they can be downloaded from Monday 6 October at http://www.newmancause.co.uk. Forms may also be requested by telephone from Tuesday 7 October on (+44) 0121 455 6323.

"The allocation of tickets rests with the Provost and Fathers of the Oratory, whose decision is final.

"Applications should be returned by 6pm on Sunday 19 October 2008, either online or by post to: The Newman Cause Office, The Oratory, Hagley Road,
Edgbaston, Birmingham B16 8UE"
at October 02, 2008

Thank you for the information. I got a terrible fright when I saw the photo, at first I thought the Oratory had installed a Versus Popolum altar, but now I see it is just carpet on the altar steps.

Gosh! He will be only a mile away from our house!!

There is a story going round that nothing was found when the grave was opened. Has anyone heard anything on this?