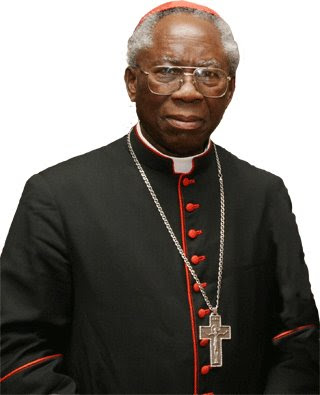 The Holy See has approved three alternatives to "Ite, missa est".
...
According to Cardinal Arinze, the Pope had asked for suggestions to be presented. The congregation received 72, from which they prepared nine proposals. The Holy Father has chosen three.
The alternatives are in the revised third "editio typica" of the Roman Missal, which was printed last week, the cardinal said.
The alternatives are:
--"Ite ad Evangelium Domini nuntiandum"--"Ite in pace, glorificando vita vestra Dominum"--"Ite in pace" with "alleluia, alleluia" added during Easter season.In English, these could be rendered along the lines of "go to announce the Gospel of the Lord"; "go in peace, glorifying the Lord with your lives"; and simply, "go in peace (alleluia, alleluia)."
The original Latin final message, "Ite, missa est," has not been modified.
Eucharistic compendium
Cardinal Arinze also announced that a Eucharistic compendium, also suggested by the '05 synod on the Eucharist, is nearly finished.
The book will define Eucharistic doctrine, benediction, Eucharistic holy hours, adoration, and prayers before and after Mass, he explained.
The cardinal further said that the Holy See, at the request of the Pope and the 2005 synod, is studying the most adequate moment during the Mass for the sign of peace.
The Holy Father indicated that episcopal conferences should consider two options: either before the "Agnus Dei" or after the Prayers of the Faithful. Each bishops' conference is to respond by the end of October, though there is a three-week grace period for late responses. The proposals will then be presented to the Holy Father, who will make a decision on the matter.
Finally, Cardinal Arinze announced that his congregation is preparing a volume with thematic materials for homily, with the aim of assisting and supporting priests throughout the world with their preaching.
Zenit
at October 15, 2008

The amount of interest in the Pax is fascinating to me. Back in July, I wrote "Passing the Peace: It ain't half-time, folks", describing this liturgical action in our iteration of the Syriac Rite: it is at an appropriate time and is performed in a "decent and orderly" fashion. Very surprising to me, it has been one of the most viewed posts on my blog, usually accessed by a google search.

The archbishop of Liverpool has, for some time, invited the congregation to offer the sign of peace after the prayer of the faithful during Mass.

Why do we need alternative dismissals?