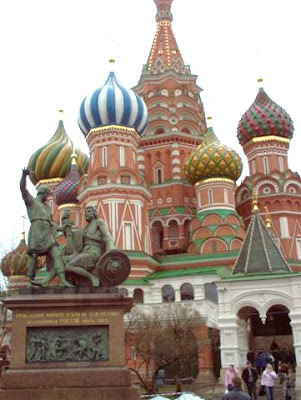 Two Jesuit priests were found murdered in their flat in central Moscow on Tuesday evening, a Russian Catholic Church official said on Wednesday.

Otto Messmer, who heads the Russian Independent Region of the Society of Jesus, and Colombian priest Victor Betancourt, were found dead in their apartment on Petrovka Street, with severe bodily injuries.

"They did not answer telephone calls, so their brothers in the order went to their apartment, where they found them already dead," Igor Kovalevsky, the general secretary of the Conference of Catholic Bishops of Russia, told reporters.

The motive for the killing is not known, he said.

Earlier reports said the priests were injured in a fight near their house involving two other individuals. A local police source said the clerics died from injuries sustained in the fighting.

Eyewitness said a man of Hispanic appearance, aged around 40, killed the priests.

The Russian Independent Region of the Society of Jesus, which was officially registered in June 1992, carries out educational and missionary work throughout the Commonwealth of Independent States.
(RIA Novosti)
at October 29, 2008

The new information: they was killed not in the same time: fr. Betancourt was killed earlier, can be, thet killer or killers waited fr. Messmer.

And fr. Messmer's sister sang "Libera me" on the Mass in Novosibirsk.