Martin Luther - my prejudice is right 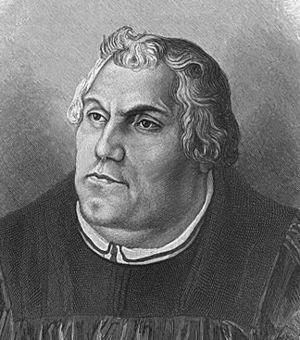 I have always blamed the "Reformation" on Luther's bowels, in my prejudiced Catholic way.

And although the Guardian is generally unprincipled and biased in its commentary on religion, in the case of Luther it is absolutely accurate. see here 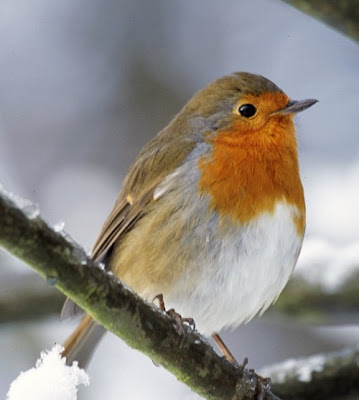 He was a rich kid - no wonder he wanted peasants killed
He became a monk to escape an arranged marriage
He wrote his theses on the lavatory
He threw dead cats in his rubbish tip -bet he killed them
Loved eating robins - he did kill them
Weighed 23 stone! - lots of robins
He was so rich he was careless about money - a collection of 250 silver coins were found in his house
His wife, not surprisingly, was careless about the marriage - archaeologists found his wife's golden wedding ring
at October 27, 2008

Luther's bowels would have served his sanctification and the glory of God if he hadn't been a modernist viator. I am more and more convinced that the devotio moderna is like some medicines: potentially dangerous, good for most people if properly taken, poison to some. Should carry a warning, "scrupulogenic".

How do they know it was Luther's waste I wonder?

A man who refused to recognise the sacrament of marriage. Supported polygamy. Said divorce was okay if your spouse was suffering from a serious illness or was impotent. I can only presume he must have spent a great deal of time on his poo pot judging by the perverted sceed that eminated from his mind.

Quite interesting the link with moneylending though given how England was lost by the bankrolling of William of Orange by Dutch moneylenders.

"Isaac or Antonio Suaso of Amsterdam who was created Baron d'Avernas presented William of Orange with two million crowns for the purpose of the expedition which won him the English throne, stipulating only that it should be repaid in the event of the enterprise being successful." - Lucien Wolf

"Soon after the Chief Magistrate of Holland had ascended the throne of England, the English Parliament voted a grant of £600,000 to repay the Dutch Republic for the costs of the expedition.-
Lord Macaulay

I always blamed his bowels as well.
Wonder if a good dose of Senna could have saved the world a whole lot of trouble.
It's a shame-lots of people really struggle with bowel problems. If Luther could have put Christ first once in a while we might have a patron saint for those who suffer with such illnesses.

Luther seems to be a lazy, self indulgent whiner who nonetheless still believed in the bits of Catholicism that didn't inconvenience him too much - the patron saint of low-carb a la carte catholicism, but behind his ample skirts are hiding the lean and hungry figures of Calvin and Zwingli, who really did consciously hate and seek to destroy the Church, and who persecuted anyone to the left or right of their own beliefs. (Has anyone ever invented a more evil and unbiblical doctrine than Predestination? ) Does anyone see any parallels with the 1960s?

496 years ago today Martin Luther nailed a small nail into the door of his Catholic church in Wittenberg, Germany, posting his 95 Theses.

That nail was probably the most significant of all nails since the crucifixion of our Lord. It turned Europe on its head, diminished forever the power of the Roman pontiff, and sparked a movement that would lead to religious liberty for all in the Western world.

But most importantly, he re-discovered the truth of the Gospel: the just shall live by faith...they do not need to live by fear; terrifying fear of the flames and torments of Purgatory, the "Christian's hell", a horrific place to pay for sins for which Christ has already made "satisfaction" when he shed his blood on the cross!