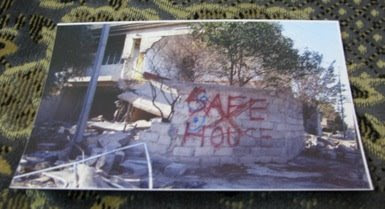 If you haven't done so please sign the petition on the Downing Street website requesting support for the Christians of Mosul and please support the Charity Iraqi Christians in Need http://www.icin.org.uk/

Hussein Mohsen Ismael, 66, a truck driver in Bartella, said:It was October last year and my family and I were living in east Mosul.
My brother Mohamed Saleh was sitting by the gate of his house. A group of masked gunmen pulled up and took him away in their car. The next day they killed him and dumped his body. Subsequently, we received a number of threats. We do not know who they were from. The following month, the situation became unbearable so we packed our belongings and fled our house along with two other Shabak families.
I was devastated at the death of my brother, I believe at the time if I had owned a weapon I would have killed myself. People have since broken into my house and written on the walls that it cannot be sold or rented, it belongs to the Islamic State of Iraq.

Deborah Haynes is the Baghdad Correspondent for The Times she has some short stories of Mosul refugees.
at October 28, 2008