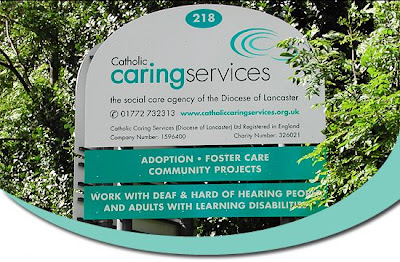 Being a Bishop is a pretty ghastly job: being an effective loving father to one's clergy is pretty tough, some of us are not that lovable. Spending hours stuck behind a desk answering letters to clergy let alone the faithful would drive me screaming into the local lunatic asylum. Teaching the Catholic faith to people whose hearts have grown hard, or who have just developed their own theology can be like swimming in custard.

Bishop O'Donahue seems to have have the worst job of all. He has a diocese with huge Victorian churches that no longer have congregations to fill them or clergy to serve them. He took over a diocese that was almost bankrupted by his predecessor who set up a diocesan structure of lay department heads who were vastly overpaid and seemed be self generating, they became a diocese within a diocese.

Next year he retires, Rome has already appointed a coadjutor with the right of succession, which is unusual if the bishop is not ill or mad.

Now it appears he is making his last stand by taking on his diocesan "Catholic Caring Services", which seems to be far from Catholic. He is fighting for the soul of this organisation, he has made public a letter he sent the Trustees.
It begins:

Dear Trustees,
I repeat what I said in my letter of 26 May 2008 that I find it incredibly difficult to write letters such as this but it’s good to know that you understand my position while not agreeing with it.
The Trustees have voted for a second time for an Open Policy (8.2, 6.1) to accept homosexual and lesbian partnerships in the adoption of children.
At present Catholic Caring Services operates as an agency working in the name of the Catholic Church and as such its practice is to assess only married couples (and in very exceptional cases single parents) and to approve those whom it judges suitable to act as adoptive parents. It is the Local Authority which places children for adoption. In approving a married couple there is an explicit and official approval of their union. This is because we seek a married couple who love each other and will remain faithful to their vows. Thus, approval of parenting ability and approval of the marriage are inextricably entwined.
From January 2009, the Government expects Catholic Caring Services to treat same-sex applicants in an identical manner to married couples, thus giving explicit approval of homosexual and lesbian partnerships. Catholic Caring Services would no longer be able to promote the Church’s moral teaching that a marital setting is better for children rather than being placed with a same-sex couple. However, the paramountcy of the child requires that it be placed with a mother and a father.
Church Teaching on Marriage and the Family
In the light of your rejection of Church teaching it is my duty as your bishop, pastor and fellow trustee to explain further:

The redoubtable Jackie Parkes carries the whole letter.
If only PO'D was fifteen years younger what splendid Archbishop he would have made, thank God for his backbone!
at October 07, 2008

Whoever take over from Bishop Hollis will have similar problems, I fear. We seem to have a well paid lay bureaucracy and have now lost even our parish structures in favour of "pastoral areas". A diocese in decline, or so it seems.

You will remember, Father, that the great wartime leader, Cardinal Hinsley, was called out of retirement to be the Archbishop of Westminster - .....?

Oh Fr Ray! My head just got even bigger!!

Cardinal Hinsley had been the Apostolic Delegate to British East Africa who retired due to ill health in 1934 aged 68. He was then surprisingly appointed Archbishop of Westminster the folllowing year - and died in 1943.

While in Africa he had once visited Katigondo Seminary, near Masaka in Uganda. There he was officially greeted in Latin by one of the seminarians, Joseph Kiwanuka - who became in 1939 the first African bishop in modern times.

When I went up to Lancaster to interview Bishop O'Donoghue, he said that he had specifically asked Rome for a co-adjutor bishop because he had wanted his successor to feel comfortable in the diocese when he assumed his responsibilities.

Just a point of information. A Arco

Anna,
My point was simply that the work begun by POD will be continued by his successor, there will be smooth change over, without a change in direction.

The Bishop of Lancaster should not be fighting this battle alone. Other diocesan bishops should be saying the same thing. Out loud. Publicly. It might make a difference.

I wouldn't describe this as Bp. O'Donoghue's "last stand". I think it is consistent with several recent examples of strong leadership. I think he has been taking good advice and applying it well. Good for him - and God bless him!

Please all pray for Lancaster diocese. We need your prayers.