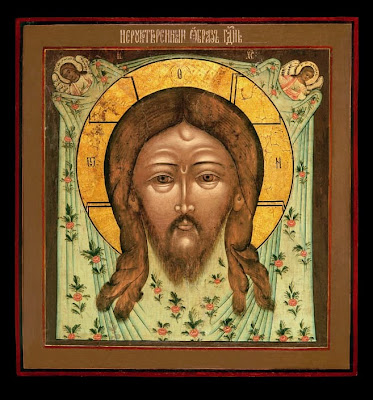 Fr. Sean Finnegan has the latest news on Newman and his remains.
A couple of weeks ago Libby Pervis was screaming in The Times about Newman's reinterment, accusing the Church of ghoulishness, she would prefer the Church neither to venerated the relics of its saint or to expect miracles. I have to admit that neither relics or miracles are to today's taste. I heard that a group of Jesuits once had all their relics put into a coffin and buried by the local undertakers.
Relics, bodies and tombs have always been important to Christians. I have a sense that the explicit reference to Jesus' grave clothes was because they were preserved by the early Christian community. I am not sure that the Turin Shroud is "the shroud", that is another discussion, my argument is simply that these things are important, because in Christianity the body is important, because the Incarnation is important, because the Real Presence is important. The difficulty with the bodies of saints and miracles I suspect is about the difficulty with fundamental Christian doctrines.
In the past, incorruption was regarding as a sign of sanctity, the smell of sweetness about a body, literally "the odour of sanctity" was important sign. Conversely rapid corruption of a body was seen as a sign of its absence.
at October 16, 2008

"So you think, therefore, that the bishop of Rome does wrong when, over the dead men Peter and Paul, venerable bones to us, but to you a heap of common dust, he offers up sacrifices to the Lord, and their graves are held to be altars of Christ." (St Jerome, Contra Vigilantium, quoted in Peter Brown, The Cult of the Saints.)