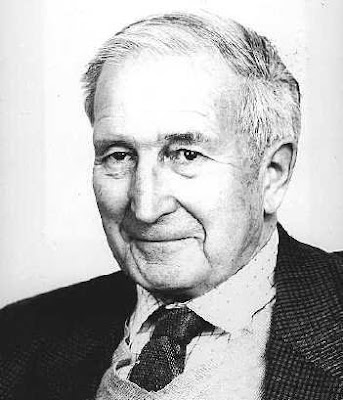 Pauline sent a link to this short article about Anthony Flew's views on Dawkins, it was in response to yesterday's post on the British Humanist Society's poster campaign. Professor Flew was perhaps one of the best English speaking exponents of aetheism, recently he changed his opinion, saying now he believes in “Divine Intelligence”. This is an extract, read the whole think.

Whilst Flew acknowledges the remarkable achievement of The God Delusion in selling over a million copies, he declares: “what is much more remarkable is that the contents – or rather lack of contents – of this book show Dawkins himself to have become what he and his fellow secularists typically believe to be an impossibility: namely, a secularist bigot.”
He goes on: “The fault of Dawkins as an academic was his scandalous and apparently deliberate refusal to present the doctrine which he appears to think he has refuted in its strongest form. Thus we find in his index five references to Einstein. They are to the mask of Einstein; Einstein on morality; on a personal God; on the purpose of life, and finally on Einstein’s religious views. But he makes no mention of Einstein’s most relevant report: namely, that the integrated complexity of the world of physics has led him to believe that there must be a Divine Intelligence behind it.
“An academic attacking some ideological position which s/he believes to be mistaken must of course attack that position in its strongest form. This Dawkins does not do in the case of Einstein and his failure is the crucial index of his insincerity of academic purpose and therefore warrants me in charging him with having become, what he has probably believed to be an impossibility, a secularist bigot.”

very true, science and reason come from the same source; God. and my studies have lead me to a deeper appreciation for God.

I confess I've not read it myself - suspect it may be "above my pay grade", to coin a phrase, being more of a "Jo the plumber" meself. But it comes highly recommended from one who knows a thing or two about such things and you and your other readers are clearly up to it.