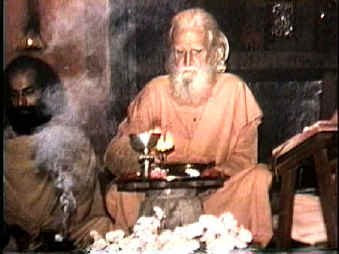 One interesting feature about the celebration of the liturgy in Asia is the whole idea of inculturation, the use of local signs and symbols in the liturgy. People like English Benedictine Bede Griffiths went to an extreme, giving the Mass the appearance of a Hindu ceremony. Indians themselves often found this shocking and confusing. On the other hand imports from the more progressive western theological/liturgical institute have often imposed a rather perfunctory protestant charismatic liturgical style on a culture where reverence in word and gesture, sign a symbol are so very important. 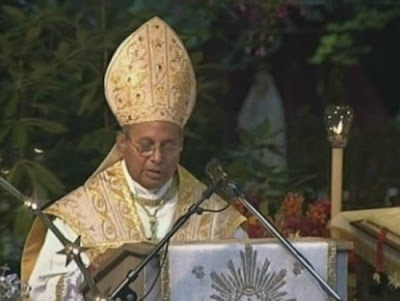 I have heard Archbishop Malcolm Ranjith talk about the importance of inculturation, saying things like, "in Sri Lanka we are more likely to prostrate three or four times rather than just bow or genuflect". This document has just been published, look at the "Practical Suggestions" para 11 following. It could have been written by the Archbishop, both he and Cardinal Arinze are the signatories.

Being fascinated by the gentler forms of Roman intrigue I was fascinated that during the recent bout of speculation about the future head of the Congregation for Divine Worship even the Archbishops friends were pushing the rumour of his move to Colombo, which seems to have strengthened his hand enormously at this conference. The conclusion I think seems to be a peculiar strengthening of the Congregations involvement in a local Church, is it model for elsewhere?
at October 21, 2008