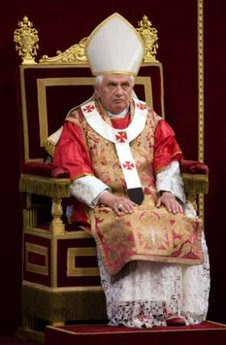 CNA Marking the annual World Food Day event held every October 16, Pope Benedict XVI has written a message to Jacques Diouf, the director general of the United Nations Food and Agriculture Organization (FAO). The Pope called for openness, sustainability, and fair division in the distribution of world food resources as he stressed that hunger relief efforts are inspired by the recognition of the significance of the human person.

According to the Vatican Information Service, the Pope wrote that the event “enables reflection upon achievements in the fight against hunger and upon the obstacles facing the FAO in the new challenges threatening the life of the human family.”

“With the means and resources the world has at its disposal, it is possible to supply sufficient nourishment and to satisfy the growing needs of everyone,” he continued, criticizing public corruption and increasing military spending for diverting resources away from serving people’s primary needs.

A campaign against hunger must include more than scientific studies. It also must “rediscover the significance of human beings in their individual and community dimensions.”

Relations between peoples ought to be “based on real and constant openness” to ensure each country can satisfy those in need and to distribute earthly goods through the “sustainable use” and “fair division” of their benefits.

Pope Benedict concluded by saying both guaranteeing access to land and defending the rights of agricultural workers are conditions essential to increasing levels of food production and to preserve the identity of indigenous communities.
at October 17, 2008

Exactly so. Access to land must be guaranteed. Which means we need land value taxation or and equivalent system to ensure that people are not unduly priviliged by having all the best land when others are forced to scratch a living from a patch of dust, and to ensure inter-generational justice - which straightforward land distribution does not achieve. Zimbabwe is but the worst example of land distribution but what happened in El Salvador has proved unsatisfactory too.

And whatever you do, DO NOT LISTEN TO THE WORLD BANK who want all land parcelled up with titles of ownership so that people can borrow money on the security of those titles. That leads to people becoming slaves of the banks.

This is something we laity need to get stuck into.