More Trash from the BBC 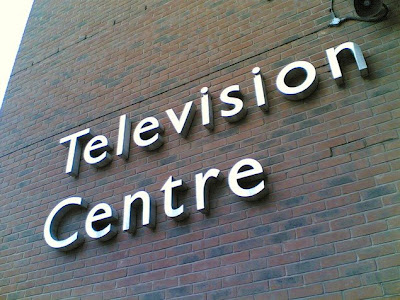 The BBC is out to offend again Catholics again!

The BBC is likely to face a Christian backlash over a new drama series featuring a graphic murder, homosexual sex and the exorcism of Mother Teresa.
The series, which has been likened to a horror film, depicts a man possessed by the devil and being skinned alive in a gay sauna.
Another episode shows a father threatening to sexually assault his daughter while in another, Mother Teresa is seen on her death bed.
In other scenes blood drips from the eyes of those supposed to be possessed by the Devil.
The series, called Apparitions, was the idea of the actor Martin Shaw, who also stars in it as a Roman Catholic priest.

Catholic bishops advised the scriptwriters and production company to help them portray the exorcism accurately, but a spokesman for the Catholic Bishops' Conference said: "I will not watch the drama myself, it is not tasteful.

"I haven't seen it but people might well be shocked. I have to stress, it is a work of fiction. The Catholic Church would not have chosen the drama form to explain the issue of exorcism."

I wish their Lordships and their Conference were just a little more careful a times.
read the rest on Clerical Whisper
at October 13, 2008

Too bad horse whipping has gone out of style.

And we pay good money for a TV licence and they spend it on that sort of rubbish!

Well you wouldn't get this sort of thing on The X Factor. Switch over to ITV it's the only way to a clear conscience...

What's happened to Father Boyle's blog (South Ashford Priest)? It's not there any more.

And Martin Shaw portrayed Thomas More in a West End stage version of 'A Man for All Seasons' a couple of years ago!

Haven't had a TV licence for years. No space for a box and no time to sit and watch. Obviously I am missing what is best missed.

The BBC are just as responsible as anybody in causing the financial problems and Robert Peston should be nicked for spreading hysterical rumours.

We should all switch it off and demand our Licence money back.

Lies and rumourmongering should be treated as criminal offences.

They're putting this on TV? Ugh!

Richard: It's been discontinued, at least for the time being. Fr Z posted about it, and in the combox Fr Boyle wrote "Just to clarify: not accidental and not under orders. Just a view I took that I should take a break – at least for a while – and the only way of ensuring I did that was to delete. Thanks to all who visited, read,commented, linked etc." So apparently no need for conspiracy theories, which is reassuring.

Not the programme, the small-minded attitudes of people who clearly didn't watch this excellent series! So easy to condemn things when you haven't seen them from a tiny precis "distorted" by ignorant zealots.

I'm shocked and saddened by both the comments in this post, and the follow up responses. Such ignorance and intolerance.

I think perhaps you have missed the point entirely.

Hi, Fr Ray. I was hunting around for commentary on this series by Catholic Bloggers, because I have just been given the first 5 episodes by a friend who got them off the internet. No one is showing the programs here in Oz yet - and I kind of wonder if anyone would be brave enough too.

I haven't had quite the same reaction to the series as you have. I will admit now - I am a Buffy fan - so often watch fantasy nonsense.

But what I can't make up my mind about with this show, is that it actually is very, very respectful of the Church, defensive of the Churches position on any number of things from abortion to Pius XII and the Jews. Fr Jacob's gentle rebuke of his nun that demons are "in the NT and not in the fine print either" is a real rebuke for the anti-supernaturalists.

Yet I was really shocked by the gruesome bits, and yes, all the usual "exorcist" stuff is there. I guess this is what makes it television for people. I couldn't watch (for eg.) "Wire in the Blood", which was a very gruesome job.

I actually reckon this series is one of the most positive portrayals of the Catholic Church in the media today. It is perhaps just a pity that it is set in such a gory and "over the top" context.