He Kissed the Book 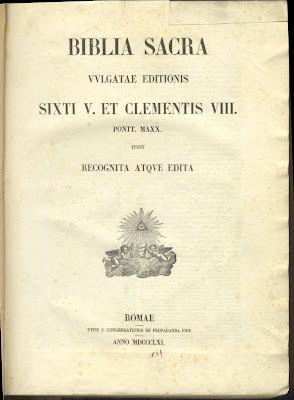 An intervention at the Synod by Bishop Antons Justs of Jelgava, Latvia

"I remember our Latvian priest, Viktors," he said, according to the summary of his address provided by the Vatican, "who during the Soviet regime in Latvia was arrested for possessing the holy Bible. In the eyes of the Soviet agents the holy Scriptures were an antirevolutionary book. The agents threw the holy Scriptures on the floor and ordered the priest to step on it. The priest refused and instead knelt down and kissed the book.
"For this gesture the priest was condemned to 10 years of hard labor in Siberia. Ten years later when the priest returned to his parish and celebrated the holy Mass, he read the Gospel. Then he lifted up the lectionary and said: 'The Word of God!' The people cried and thanked God. They did not dare to applaud him, because that would be understood as another provocation."
The bishop noted that during the Soviet era, no religious books were allowed to be printed.
"Our Latvian people did what the first century Christians did," he said. "They learned the passages of the holy Scriptures by heart. Still today in Latvia there is an oral tradition alive. We stand on the shoulders of our martyrs to proclaim the Word of God. Our grandchildren remember their grandfathers and grandmothers, who died for their faith and they like to be, in their turn, the 'heroes' of faith."
at October 11, 2008